The Return of the Beer InCider Experience (plus EXCLUSIVE announcement) 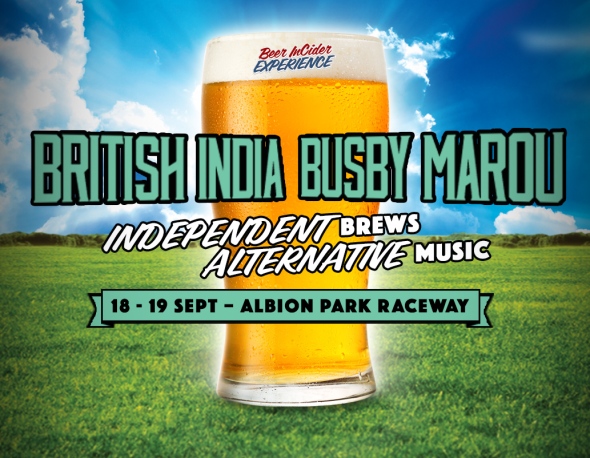 To follow on from last year’s inaugural two-day festival, the Beer InCider Experience team recently announced the dates for this year’s gatherings. The pertinent dates for your diary are Friday 18th and Saturday 19th September 2015. The location remains the same at Albion Park Harness Racing Club.

Notably, the Experience has shifted from a Saturday/Sunday affair to a no-work-tomorrow Friday/Saturday event. This, in my opinion, is a fantastic move. I only made it along to the Sunday session last year and spent the afternoon pondering whether to have another beer (and I did every time). With Monday morning hangovers allayed, I reckon there will be more punters this year keen or at least inclined to get involved.

Furthermore, the caberet-style burlesque performances have stepped aside in favour of more live music acts. Again, a smart move in my opinion. The 2015 edition of Beer InCider will attract a more diverse crowd compared to last year. Attracting festival goers eager to lap up live outdoor music will potentially open up fresh eyes to decent beer and cider – and there’s nothing wrong with that in my book.

We’re for supporting independent craft breweries, independent cider producers and alternative and independent Australian music.
We’re for festival environments that offer you the chance to sample the best brews while also watching a great band.
We’re for plenty of toilets so you don’t waste time lining up.
We’re for eating artisan food that matches what’s in your other hand.
We’re for drinking less and drinking better.
We’re the Beer InCider Experience.

It’s interesting to note the support of independent craft breweries. In the exclusive list below, all bar one or two are small businesses that rely on events such as Beer InCider to showcase their beers and/or cider as well as exposing their brand. Another observation is that the vast majority of Brisbane’s craft breweries will be present.

It’s intriguing to note that Marty rates the comfort of bladder relief higher in his mission statement than matching food to whatever is ‘in your other hand’. Unless the two are related?! I jest.

I’m honoured to exclusively reveal the brewery line-up along with confirmed live music acts and food trucks for the Beer InCider Experience 2015:

All Our Exes Live In Texas

Tickets are already on sale and can be obtained HERE.

Keep up to date with all things Beer InCider by following them on Facebook.

All event information can be found HERE.