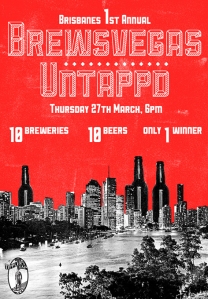 A couple of weeks ago, Jack from thewestbender.com and I were invited by Carl Rhodes (of Tippler’s Tap fame) to collaborate with Bacchus Brewing and come up with a beer for a Brewsvegas event at Tippler’s on 27th March.

What kind of idiot says ‘no’ to something like that? Not this idiot that’s for sure. A chance to brew a follow-up to Hair of the Blog? Yes, please! I’ve used the phrase ‘beer geek boner’ previously. This was another BGB moment.

Jack and I subsequently met over a beer at Jeremy’s Bar on Albert Street (definitely worth a visit by the way) to thrash out ideas. To be honest, there was very little thrashing going on. Jack was filling me in with all the details from his recent trip to Melbourne and it’s surrounds. Visits to the Mornington Peninsula brewery as well as Red Hill were making me very jealous indeed. Nevertheless, despite the distraction of Jack’s burger and rustic-looking chips we half-decided on a black witbier for no other reason than we thought a black white beer was a fun contradiction.

A few days after that, and after a few serious discussions with Ross from Bacchus, the concept evolved into more of a chocolate orange witbier. The plan was to simply increase the standard amount of orange generally found in a witbier – and add chocolate.

Brewday was last Monday at Bacchus in Capalaba. It meant taking a day as annual leave from work. I have a stack of days banked up so it was no sweat for me to do it. Plus, brewing beer beats real work hands down any day right? Frustratingly for both of us, Jack wasn’t able to attend. This means one thing – if the beer turns out not to our liking then it will be my fault!

My drinking skills are pro but my brewing techniques are very much novice so to have the guidance of Bacchus brewers Bill and Brendan watching my every move sure helped; I was very much the brewer’s assistant. Brisbane beer lover, Kyla Brose, was in attendance for the duration of the brew. She lent a hand and became ‘the shit-kicker’ – her words not mine. I much preferred the term ‘the assistant’s assistant’.

Toybox Dave and Daniel deep in thought. Naming a beer is hard.

As with most brewdays at Bacchus, there were six beers being brewed at the same time (in different kettles obviously): one by BABBS Chief Steward, Daniel Angus, one by King Brown Brewing, two by Toybox Brewery, Bacchus had one of their own on the go and, of course, ours.

I’m not going to give the full recipe an airing online but with 450g of cacao nibs involved as well as a shit-load (technical weight measurement) of orange peel I reckon we’re onto a winner. It’s now up to the magic of the yeast to befriend the fermentable sugars and turn our brew into what we envisaged at the start. We settled on the name Jaffa Wit for our beer. Sounds good huh? A beer that tastes like Jaffas¹!

Come along to the event on 27th March where 10 taps at Tippler’s will each be pouring Brisbane-based beers. See you there!

You’ve read about amateur brewing, now it’s time for some amateur photography from the brewday… 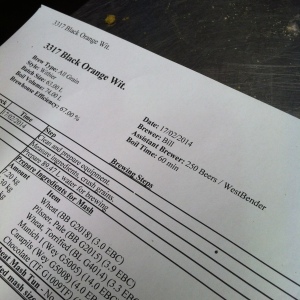 The plan of attack 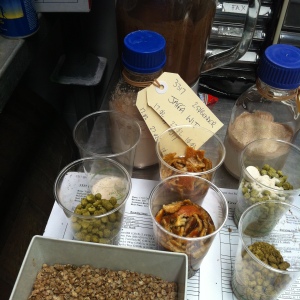 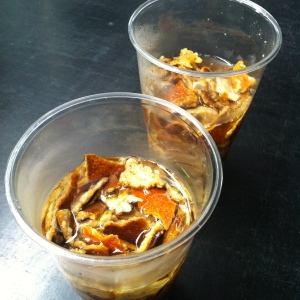 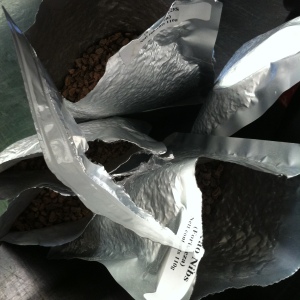 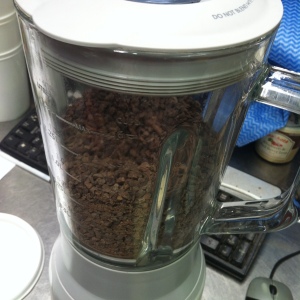 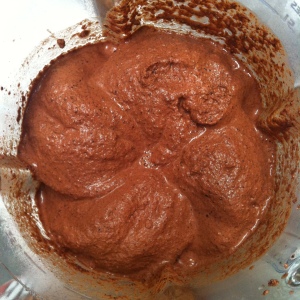 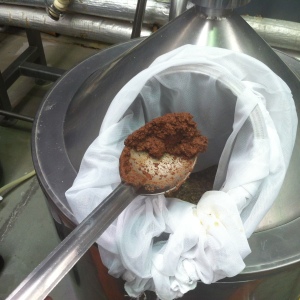 …to this! Into the kettle. 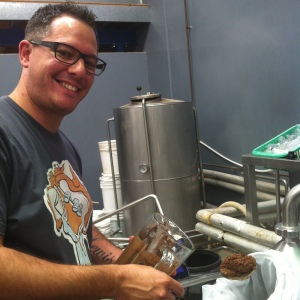 Hmmmm, chocolate. I have a soft spot for it in case you haven’t noticed. 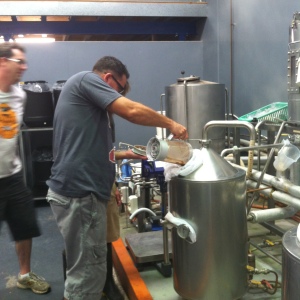 Making sure it ALL goes in. 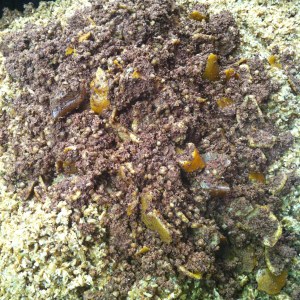 Despite this spent grain and orangey chocolate pile looking like dog shit, it smelled exactly like warm jaffas. Heaven.

¹If you’re Australian or a New Zealander, a Jaffa means chocolate orange flavoured balls with a crispy coating. If you live in the UK, a jaffa is a type of mandarin or small orange that contains zero seeds. It is also a derogatory slang term for a male that has a very low sperm count (also seedless). It’s the former that we’re aiming for with our beer – the chocolate orange.