I was sitting at my bland desk yesterday morning. It was a bland day with nothing much really happening apart from blandness. I was sifting through emails (bland ones) when I came across a Facebook notification from the functions manager at the Platform Bar which is adjacent to the Grand Central Hotel in the heart of Brisbane. 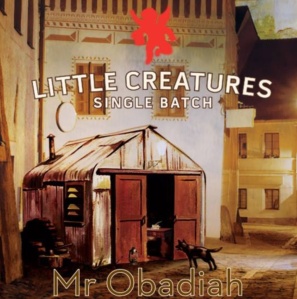 My bland day was all of a sudden illuminated. I gathered a posse of colleagues and we set off for the short but chilly jaunt along Ann Street.

Much has been publicised about the negativity surrounding Platform Bar’s surrendering of taps to Lion Nathan. I, too, was somewhat disheartened by this ‘tragedy’ but one bonus of the tap loyalty to Lion Nathan combined with Lion’s ownership of Little Creatures is that these single batches appear in Brisbane a heck of a lot quicker than before. I know of at least three bottle shops that took ownership of bottled stock of Mr Obadiah yesterday too.

To prove just how quickly Brisbane was in receiving Mr Obadiah, my three schooners of him at lunchtime yesterday were the first three consumptions to be checked-in on Untappd nationally! To be the first person to check-in a beer on Untappd has never happened to me before and I felt somewhat humbled. Aw, shucks. 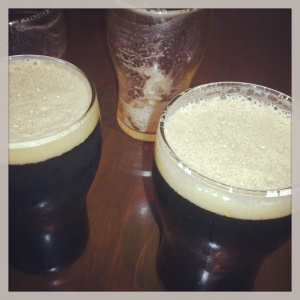 Not uncommon for Brisbane, the taps in the Platform Bar were too cold to drink Mr Obadiah as soon as he was poured. Like any good stout or porter he needed to rest a little. He needed time to sit and relax. Time to ponder his journey from Western Australia.

Subtle hints of chocolate were evident on the nose and the palate. The mouthfeel was very, very smooth. Aftertastes include nut and gentle spice but the rye malt was domineering. The smoothness of him was an absolute treat.

There was no sign at all of the 6.9% alcohol content. As has become the norm for a Little Creatures single batch, it was perfectly hidden. It’s this disguised alcohol combined with that silky smoothness that will ensure you’ll want another.

I thoroughly enjoyed Mr Obadiah as did the colleagues that I was with. He was fantastic company. In fact, one of them had never tried a porter before. Placing a limited edition, high abv porter in front of her as an introduction to craft beer could have put her off but she enjoyed it.

I can’t wait to try the bottled version.